Welcome to the Westminster Debate, “Supporting families after the riots and the role of family law”, an open event taking place on Monday 12th December, at 6.30pm in the House of Commons.

The debate is being hosted by Family Law in Partnership LLP and Researching Reform. It will look at how, in the wake of the summer riots, the family justice system can play a vital role in supporting families and children and encouraging family values in today’s highly complex world.

Our guest speakers for the evening will be:

Sue Atkins is a parenting expert, writer, speaker and broadcaster who has appeared regularly on BBC Breakfast Television and Radio as well as writing for national newspapers like The Times and The Daily Mail, and Psychologies magazine.

Sue’s presence though, is not just nationwide; her parenting articles, blogs and podcasts are published all over the world. She is the author of “Raising Happy Children for Dummies” and the “Parenting Made Easy” CDs and Workbooks and is currently working on a series of books for Random House called Parenting Made Easy, to be published next year.

(She is also currently offering a free e-book entitled “How to give your kids the gift of self-esteem” which you can access on the bottom right hand corner of her website).

Judge Crichton has been a district judge for twenty-five years and sits at the Inner London Proceedings Court in Wells Street. He is the lead Family Justice Council member for work on ‘Hearing the Voice of the Child’ and recently won an award for his outstanding work in establishing the Family Drug and Alcohol Court, which helps parents with addictions and strives to keep families together.

Together with the Voice of the Child Sub-Committee, Judge Crichton was responsible for instigating a report published by the Office of the Children’s Commissioner which asked children as young as three about their experiences in the family courts.

Judge Crichton is also a member of the Munro Review Group set up by the Department of Education in July 2010. He is Chair, or serving member, of a number of committees and groups including the Association of Lawyers for Children and Young Persons Subcommittee and the National Youth Advocacy Service Professional Advisory Group. 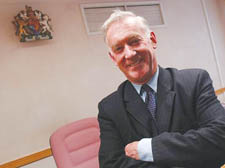 Elaine Halligan is a parenting specialist. She facilitates weekly parenting classes, coaches parents one to one and is a corporate speaker. She is co-owner and director of The Parent Practice, an organisation dedicated to offering support, skills and strategies to enable families to bring out the best in their children and foster strong and meaningful relationships with them.

Elaine trained at The New Learning Centre in London and has trained under Bonnie Harris in “Connective Parenting”. Her work involves managing challenging behaviour and helping clients understand their children’s temperament and how to work with it. She has a special interest in a variety of Special Educational Needs which include dyslexia, dyspraxia and autistic spectrum disorders.

Elaine feels very strongly that children should have a strong sense of value and self-worth –“Encouraging good behaviour and knowing how to ensure your children feel good about themselves is essential for a happy home and calm family.” 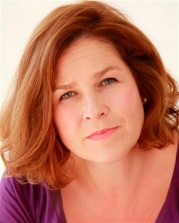 David has specialised in family law for over 20 years. He has been a partner at Family Law in Partnership LLP since 2001 where he has a comprehensive family law practice with particular emphasis on the legal issues affecting un-married families and civil partners.

David is committed to a constructive approach to clients’ problems. He is a trained mediator and is a member of the Family Mediators Association. In 2003 David was one of the first lawyers in the UK to train as a collaborative lawyer and he has a wealth of experience in the collaborative model of dispute resolution.

David is chair of Resolution, a national organisation which is committed to a constructive and non-confrontational approach to the resolution of family disputes. Resolution campaigns widely to improve public awareness and understanding of family law issues and has led campaigns including “Changing Family Law for Changing Families”, a much-needed call for the government to modernise the family justice system and the launch of the Parenting After Parting initiative designed to reduce conflict between parents going through divorce or separation. David is a Resolution accredited specialist with portfolios in cohabitation and children law. He is also an examiner for that scheme.

David’s expertise in the field of family law has been noted by leading legal publications. Chambers and Partners UK 2012 named David as a leading individual in the field of family law. “David Allison focuses on the various issues facing cohabitants and civil partners. “He cares about his clients and is happy to pull up his sleeves and work hard for them,” say sources.”” The Legal 500 UK 2011 described David as “highly responsive” and “dedicated to the welfare of clients.” David lectures, writes and broadcasts extensively on family law issues.

Our Chair for the evening is:

John started out his professional career as a journalist but moved into politics and is now Labour Member of Parliament for Leyton & Wanstead, a seat he has held since 2010. Before that, from 1997-2005,  he was Member of Parliament for nearby Hornchurch, winning by one of the biggest swings in the country, and holding the constituency in 2001.John has also worked for two trade unions, Unite and Aslef.

John voted against the previous Labour government on a number of  issues including the introduction of tuition fees in 1998. Since returning to parliament, he has campaigned hard against the abolition of the Education Maintenance Allowance, the tripling of top-up fees for university students and the cutting of benefits.

John has spent most of his adult life living in East London where he brought up three children.